Because they are amazing when they say they like our “strong brew” we like to share it so you know you can trust us to help you create persistent, extraordinary outcomes. Enjoy!

Please connect with us via email at CustServ@GreatPM.com if we can help you in any way. 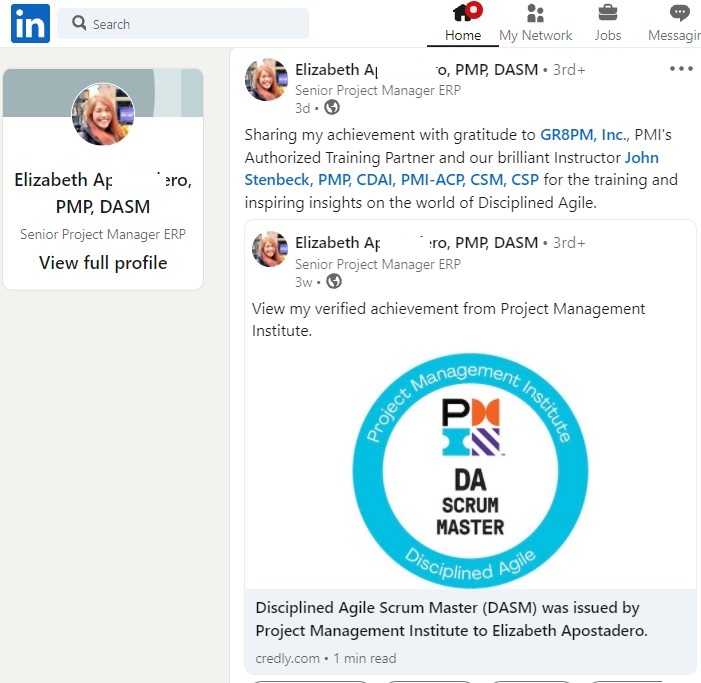 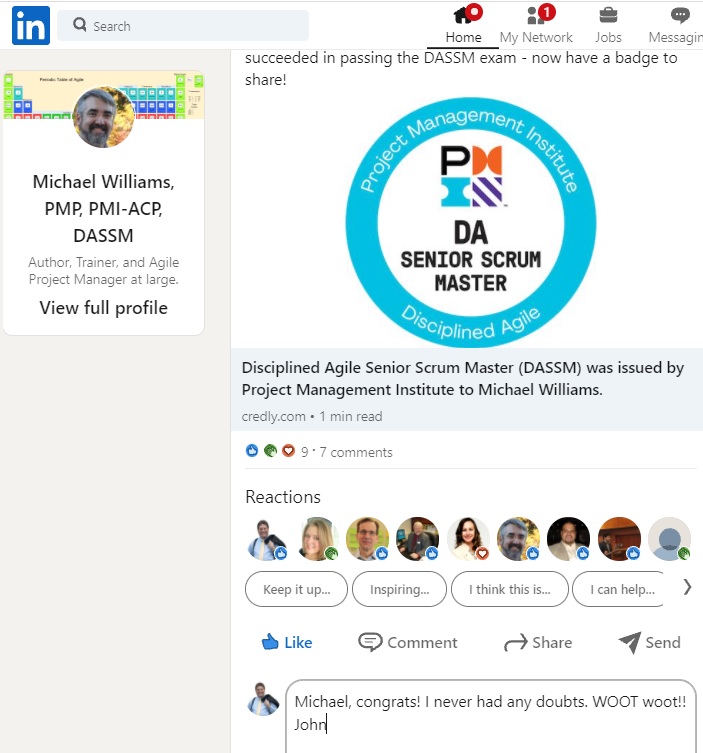 "Succeeded in passing the DA Senior Scrum Master exam and have the badge to prove it…” Passed the DA SENIOR Scrum Master (DASM) exam! 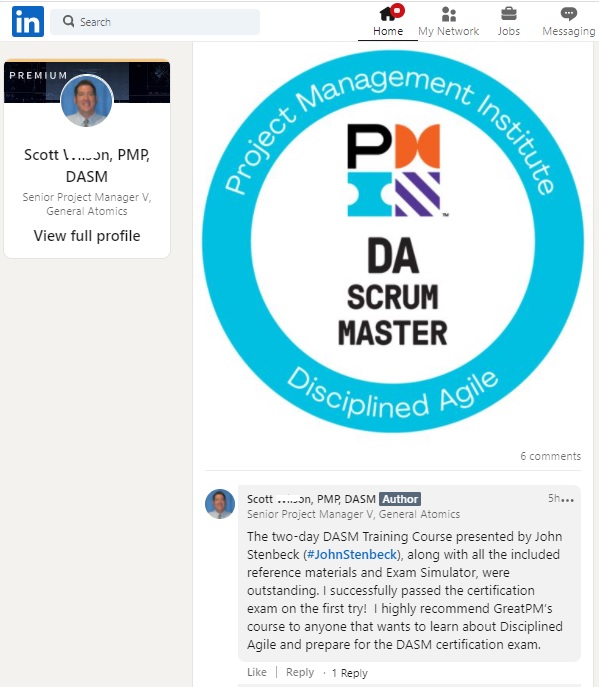 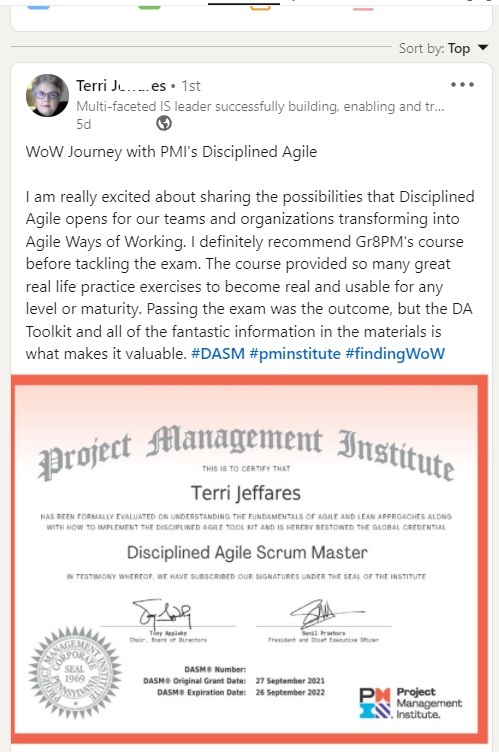 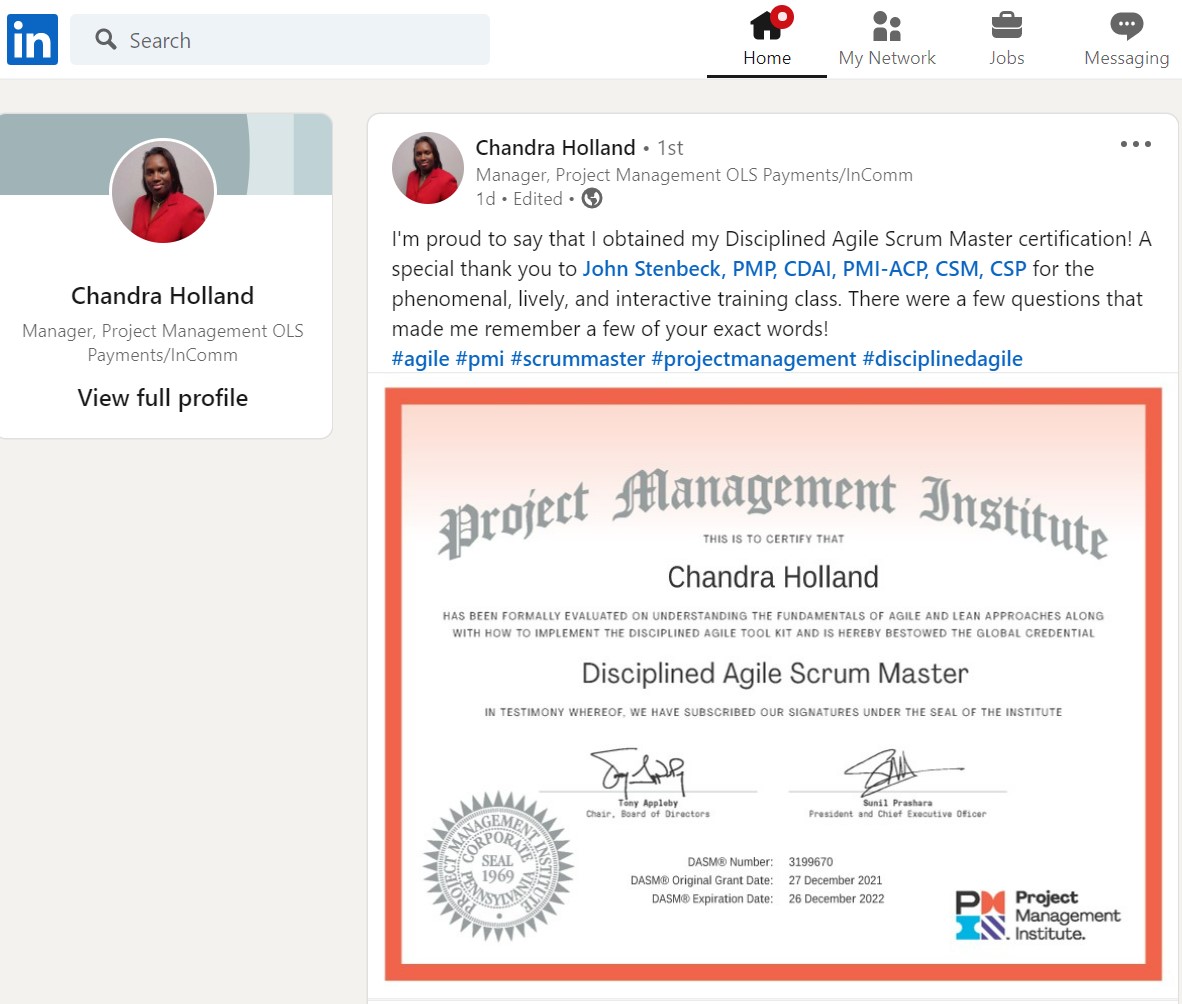 “A special thank you to John Stenbeck for the phenomenal, lively, and interactive training class. There were questions that made me remember a few of your exact words!” Passed the DA Scrum Master (DASM) exam…on the first try! 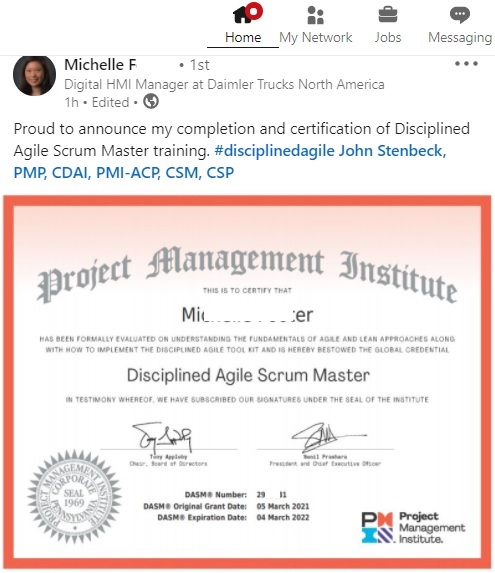 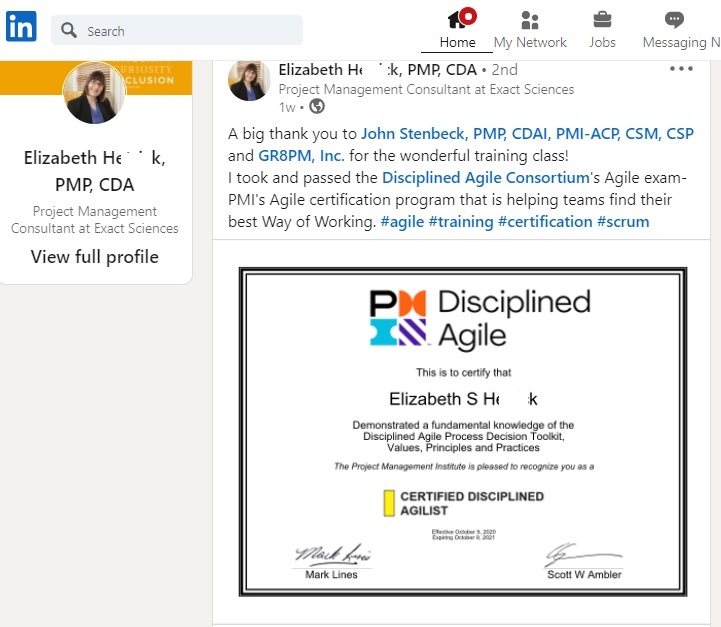 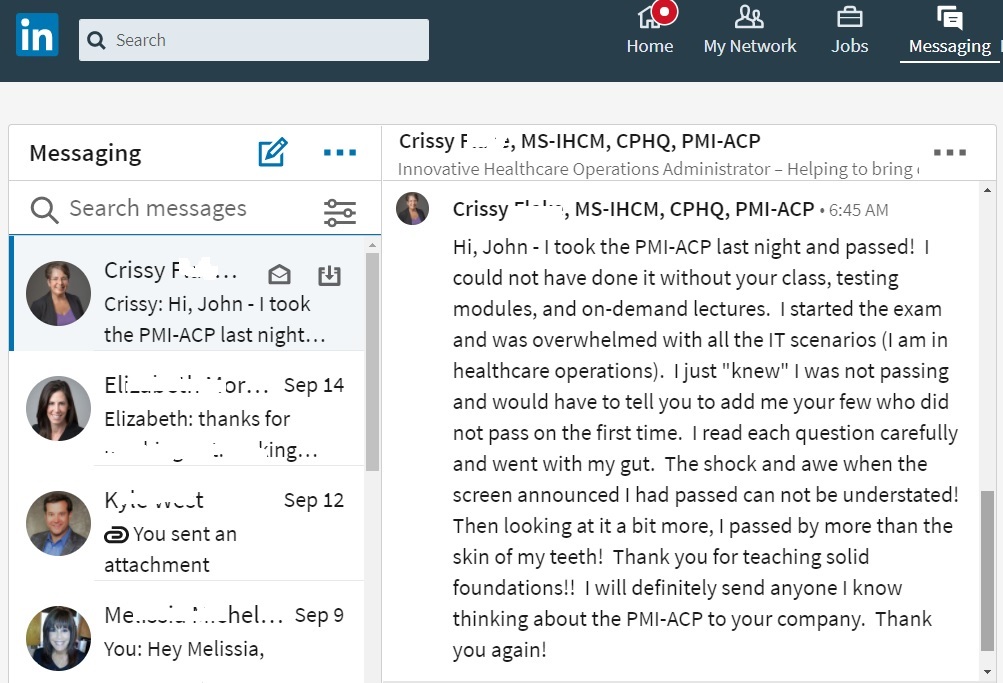 “I just ‘knew’ I was not passing…” Passed the PMI-ACP exam…on the first try! 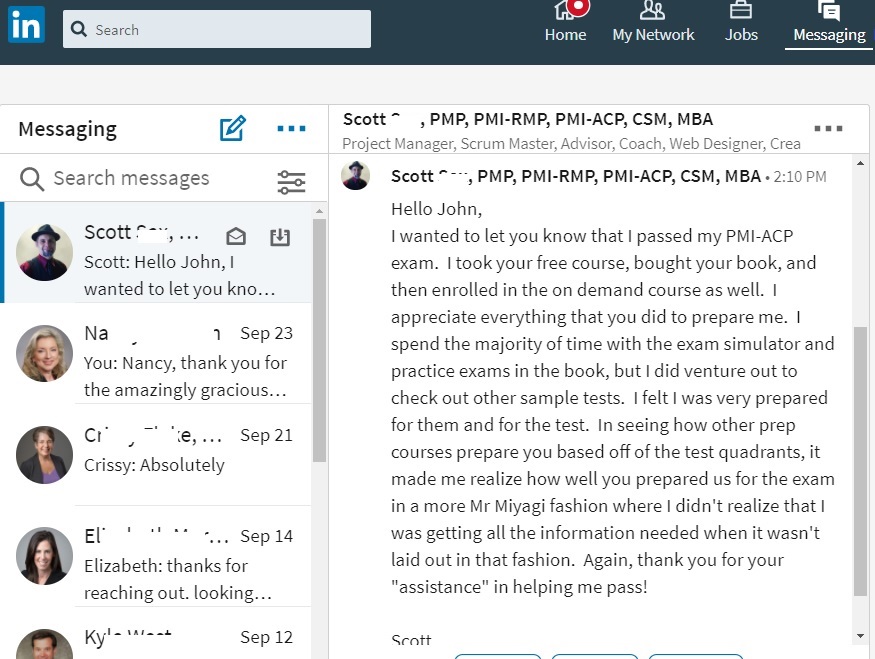 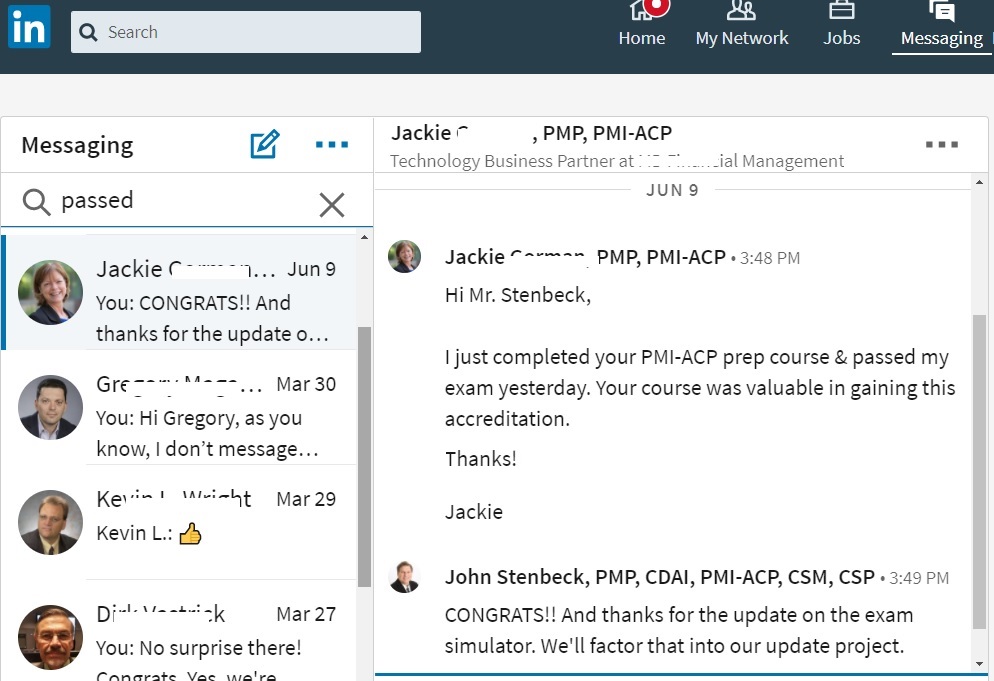 “Completed the prep course...” Passed the PMI-ACP exam …on the first try! 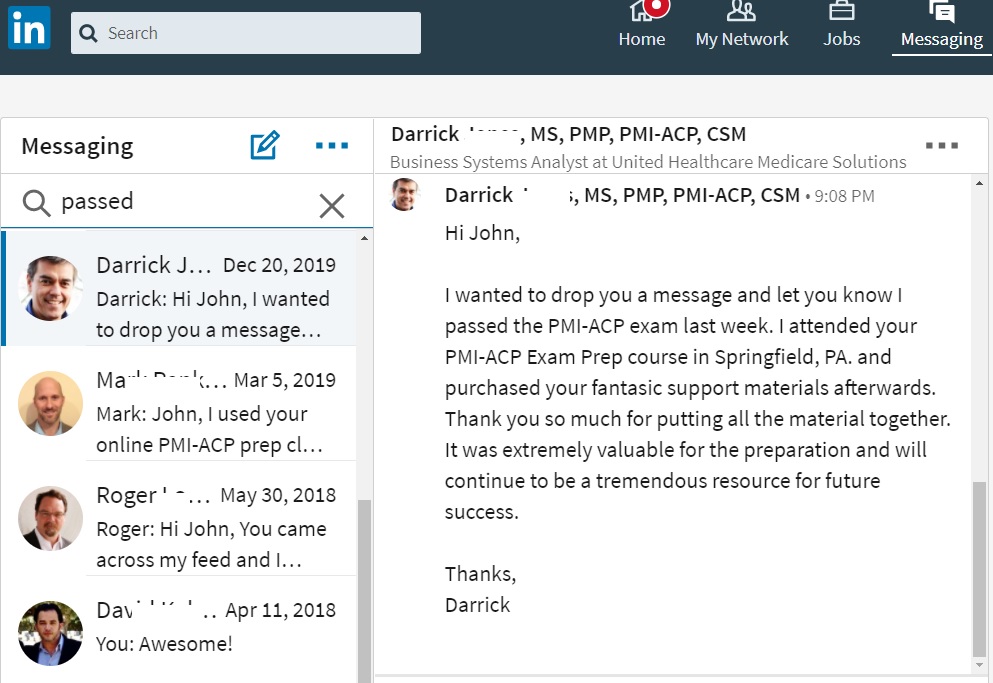 “Purchased your fantastic support materials…” Passed the PMI-ACP exam …on the first try! 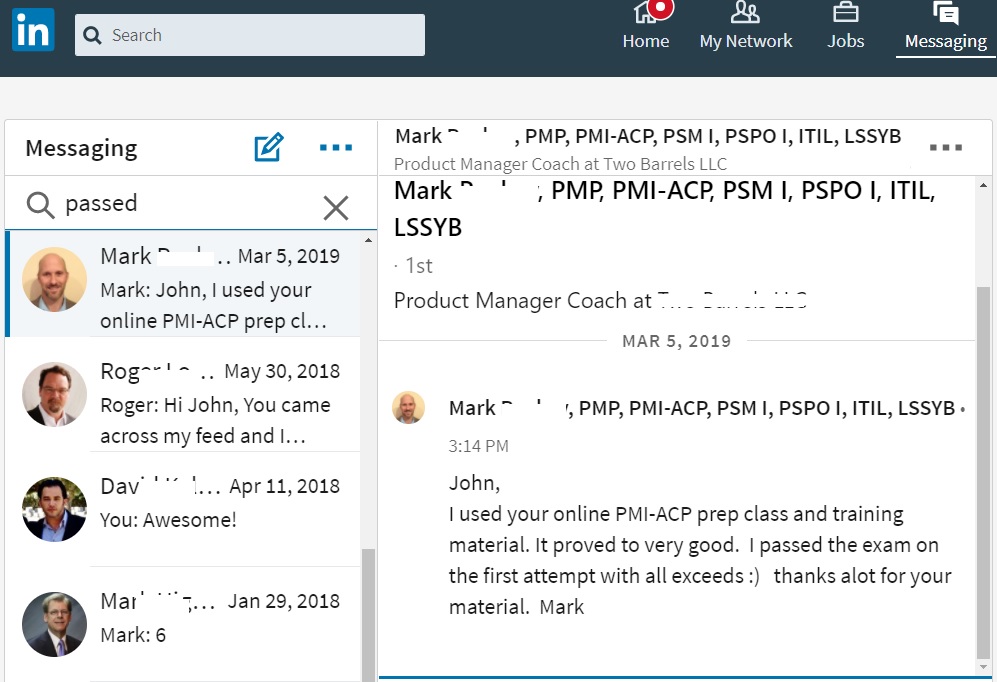 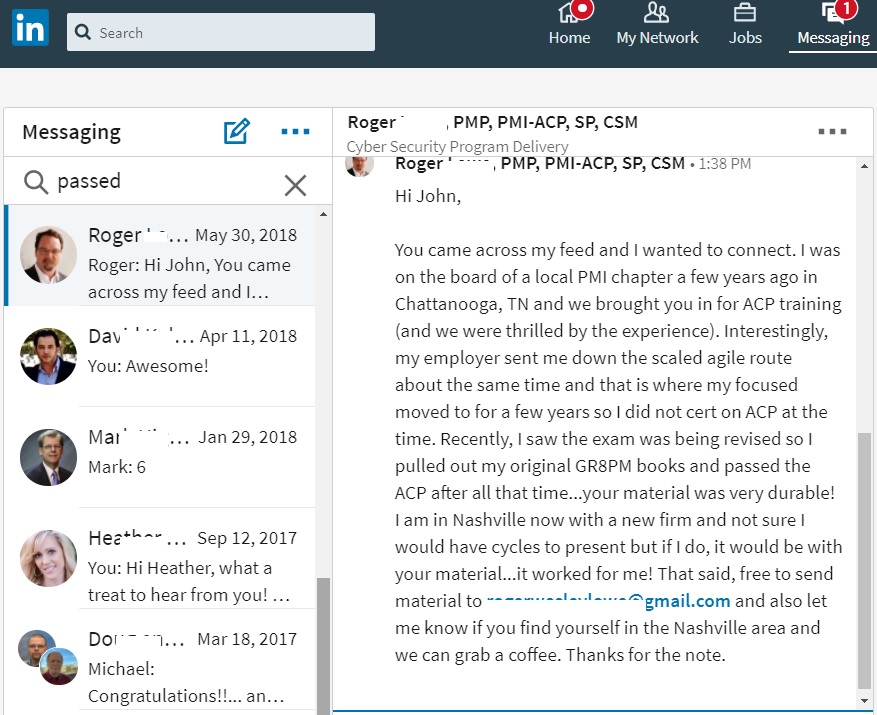 “On the Board of my PMI Chapter and we were thrilled with the training…” Passed the PMI-ACP exam…on the first try! 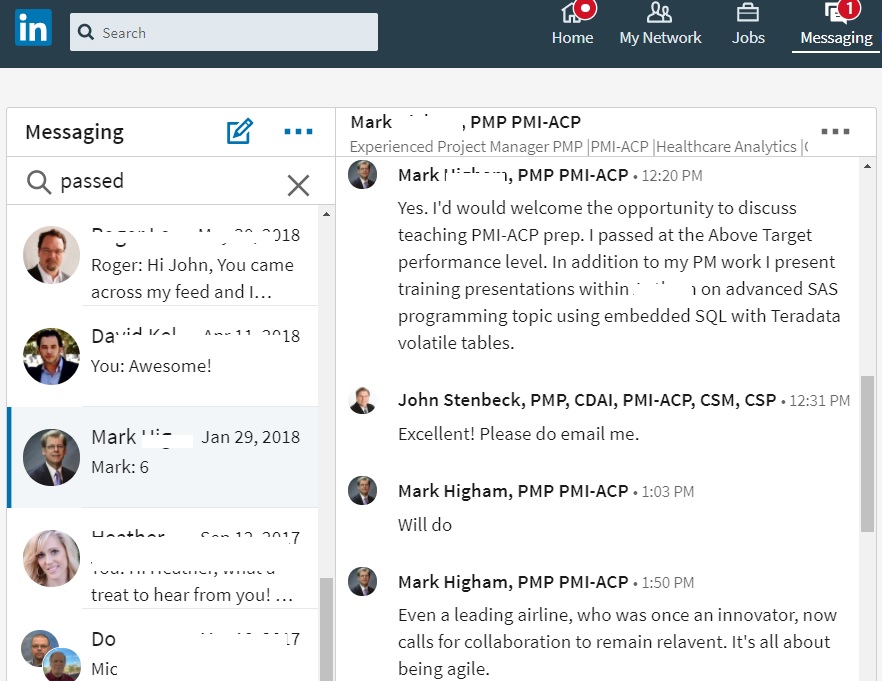 “I passed at the Above Target performance level.” Passed the PMI-ACP exam…on the first try! 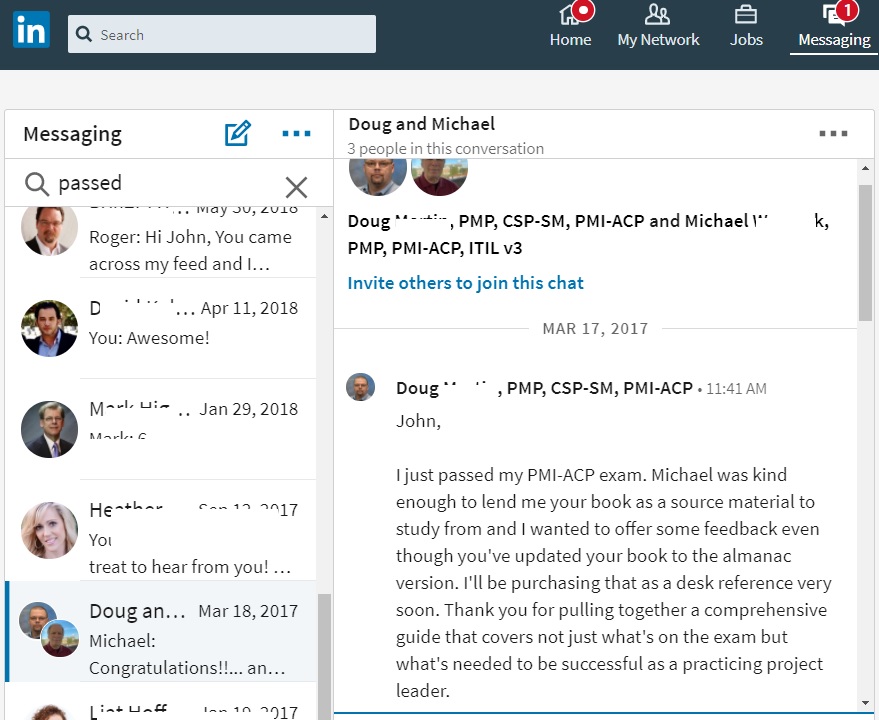 “Michael loaned me your book…” Passed the PMI-ACP exam…on the first try! 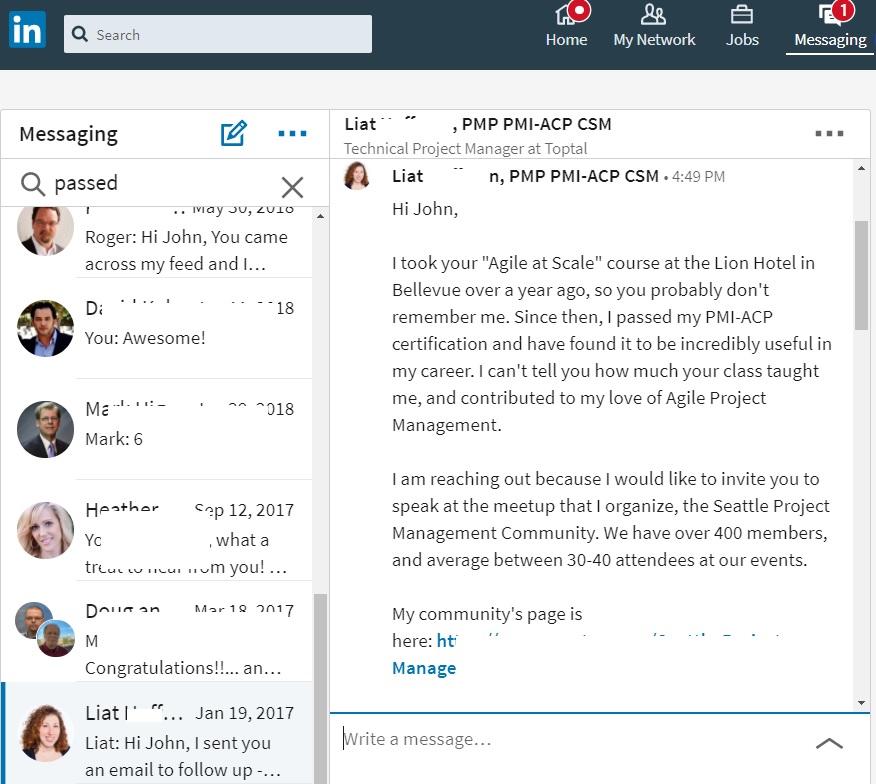 “I took your class over a year ago…” Passed the PMI-ACP exam…on the first try!

If you want a practical approach to the management of complex project problems, some insights into the integration of your projects across your whole enterprise, and well thought out ideas and best practices that will go a long way to making sense out of the ever-changing, chaotic, project management environment in which we all live and work, John Stenbeck has made significant contributions to the project management profession across a number of industries and disciplines. His relaxed, pragmatic application of techniques to complex project management problems has been well received in many major corporations, and has contributed significantly to project completion success rates. He calls it the way he sees it and is not tied to the blind application of any one set of tools and methods. You will find excellent examples of integrated management of larger, more complex projects, accompanied with the research-backed reasoning for making it all work, and enjoy the style – a no-nonsense approach! 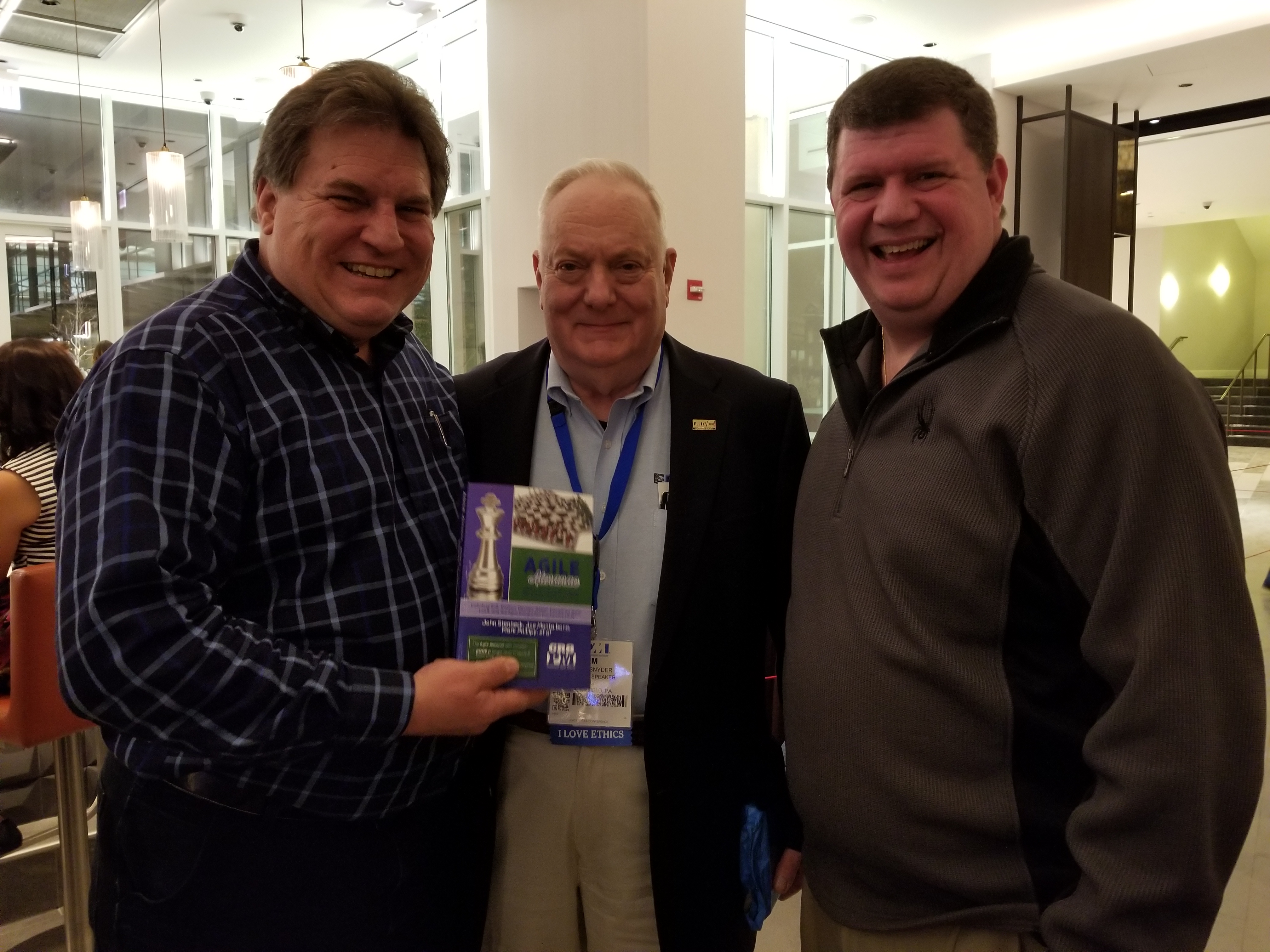 For 25 years, I have bought and sold companies, in different industries, in different countries, for different opportunities. Key to that process is to understand how to add enterprise value to the business, and manage the project from zero to hero, leaving the business in a better place than when we arrived. Sound familiar?

To do that, we’ve learned we need to be both practitioner and philosopher; and there is a fine line between the two. The practitioner actually practices what they preach. The philosophizer muses over what could be. John Stenbeck helps you look beyond the practical message to the philosophical, personal application in your business and life, to enlighten you on a path to be the unicorn amongst peers if you are seeking to drive your business or career from what could be to what should be, and redefine the way you add enterprise value to every outcome you seek. A classic representation of how to merge practice with philosophy, and turn what could be into what should be.

I had my first introduction to Bruce Lee on television as a young man. Like many others, I found his movements to be mesmerizing and beyond anything I had seen before. Jeet Kune Do fighting was highly adaptive in the moment, flowing, as he described, “like water” to match the demands of the situation. A few decades later, the project management world embarked on a similar journey and began to experiment with highly adaptive “Agile” methodologies. At first, many viewed Agile approaches with suspicion, feeling that these were just a reaction against the traditional approach. However, John Stenbeck delivered his book at the perfect time in Agile’s evolution.

For those of us who came out of a more traditional waterfall approach, Stenbeck has given us a bridge to a more adaptive, customer-centric approach. Readers will appreciate the fact that John is firmly grounded in the traditional approach, and he leverages this to help explain the necessary shifts in thinking and practice. As Bruce Lee said “Take things as they are. Punch when you have to punch. Kick when you have to kick.” Whatever project circumstances you encounter, you will have a great resource on your side. 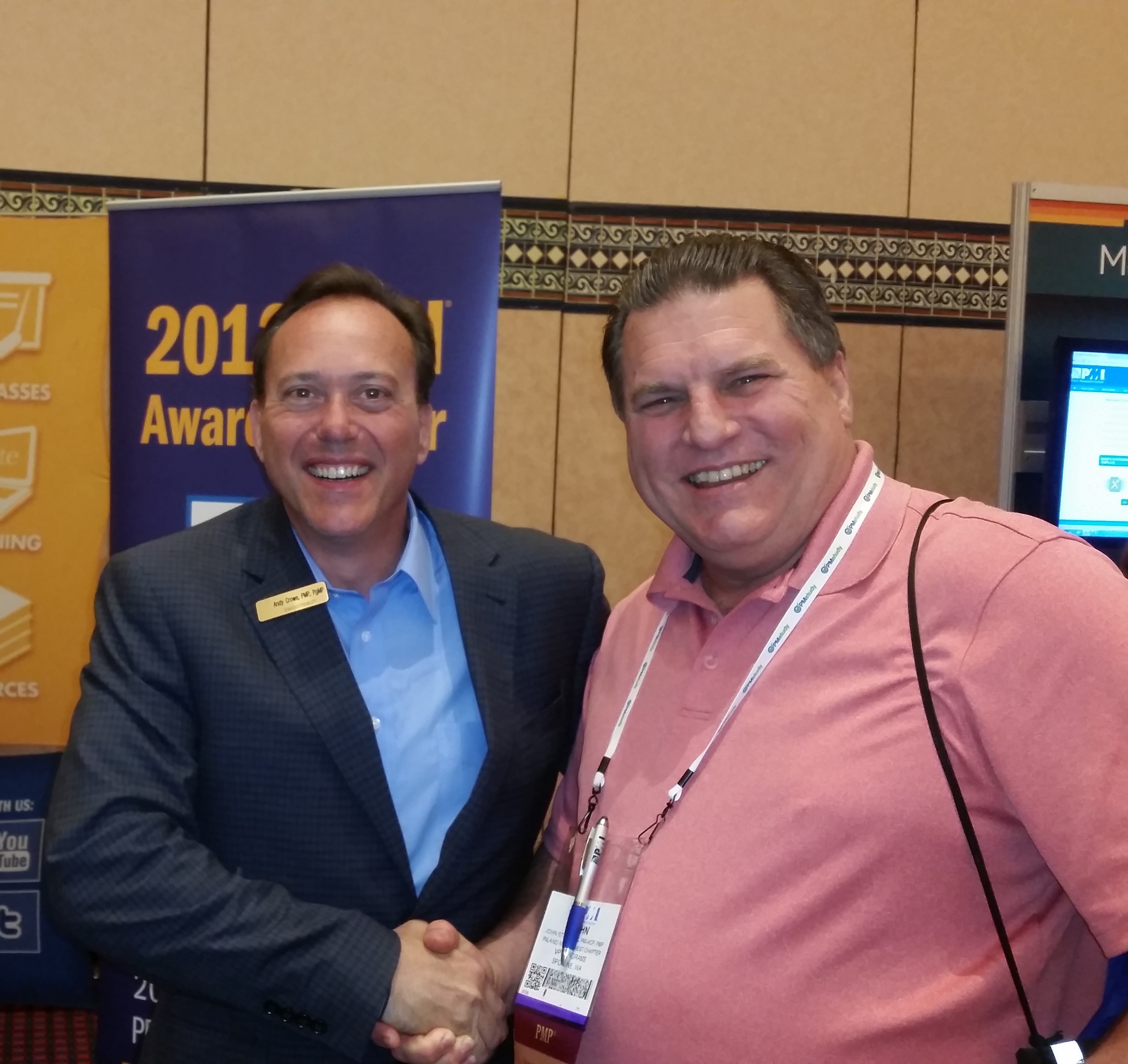 Great PM, always the best value... and the lowest price! 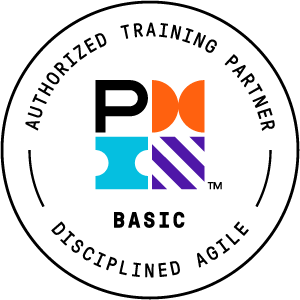